It didn’t occur to me for a long time that two of my favourite novels actually had something rather interesting in common. Aside from the fact that both are set in the English countryside and appear to be stereotypical English novels, they both share something else rather curious. Namely that both novels were written in exile, in a state of longing and nostalgia.

The novels in question are Rebecca by Daphne du Maurier and I Capture the Castle by Dodie Smith. 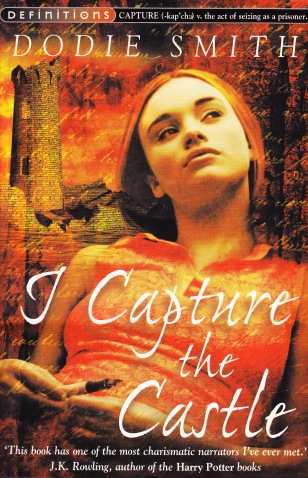 And, most strikingly, both these books were written when the authors were living in other countries, dreaming of returning home, despite the fact that they could not for various reasons. Du Maurier was living in Alexandria, with her husband, Boy Browning, and Smith was living in LA as World War II raged on in Europe. Rebecca was published in 1938, and I Capture the Castle in 1948. Ten years separate these novels – ten years in which the world changed.

Valerie Grove, who wrote Smith’s biography, writes in an introduction to a Virago edition of I Capture the Castle that:

“she [Smith] lived in a constant state of wretched regret about having left London, where she yearned to be, her ear pressed to the wireless reports, avid for letters from friends with accounts of air raids and wartime experiences, furious at having denied herself the ‘good copy’ that wartime England would have provided her with for her plays, had she only been there…” (vi, Introduction).

Smith’s exile was one made necessary by war and her husband’s conscious objector status. There was no way that she could return to an England in the midst of war, and resented having to leave at the pinnacle of her career. She hated California, and found the landscape uninspiring (Introduction).

Du Maurier meanwhile, found the expectation of being an Officer’s wife and hosting parties too stressful. She had never wanted to take on the role of a “wife” – or a mother – and she felt trapped in hot, dusty environment, where she couldn’t enjoy the freedom that she had grown used to in Cornwall. The heat was oppressive, and Rebecca was born from a longing for the rich, stormy Cornish landscape that she had fallen in love with:

‘Instead she found herself fantasizing about Cornwall and in particular Menabilly. It sustained her through the terrible heat to wander in her daydreams through the woods around Menabilly and to hear the sea pounding in her ears. The story took on a hallucinatory quality from the first, long before she had worked out the details of the plot’ (133, Margaret Forster)

Faced with such foreign landscapes, both writers’ minds turned towards the fertile English countryside that they had left behind.

On closer inspection, excluding the obvious biography similarities, these two novels have more in common than I might have thought. I’ve always been fascinated by literary landscapes and the influence of place. Immediately, the sense of place in the two novels links these books. Rebecca is very strongly set in the West Country, while I Capture the Castle is set in Suffolk. It is these strong settings and evocative landscapes that have helped to cement both novels firmly in people’s imaginations.

Smith writes that the past ‘is like a presence, a caress in the air’ (vi, introduction).

Du Maurier was also fascinated by the past, writing many biographies, as well as historical novels, about Menabilly or her family history.

Rebecca opens with a retrospective, nostalgic look back at a life that could have been, a house that has been left to ruin:

‘There was Manderley, our Manderley, secretive and silent as it had always been, the grey stone shining in the moonlight of my dream, the mullioned windows reflecting the green lawns and the terrace. Time could not wreck the perfect symmetry of those walls, nor the site itself, a jewel in the hollow of a hand’ (2, Virago).

For du Maurier the landscape of Rebecca was one that she dreamt of abroad, far removed from the actual landscape, and hence it takes on that magical quality that is so enchanting and gripping. There is a dream like quality surrounding Manderley too, the past echoes in its walls, and the narrator is aware of this in her dream.

The land around the castle that the Mortmain’s live in is completely different to the world of the de Winter’s and the scene is set by our narrator Cassandra Mortmain.

‘Drips from the roof are plopping into the water-butt by the back door. The view through the windows above the sink is excessively drear. Beyond the dank garden in the courtyard are the ruined walls on the edge of the moat. Beyond the moat, the boggy ploughed fields stretch to the leaden sky. (3, Virago).

Aside from Smith’s own nostalgia, there is a different type of longing and nostalgia at play in the novel. There is a nostalgia in this story for childhood, for the youth of the characters and the time when their father wrote, and their mother was alive. But they do not disguise the state of the house they live in, they are conscious of it – and embarrassed when guests come. Cassandra, the more romantic of the two sisters, romanticises their situation and writes,

‘I have just remarked to Rose that our situation is really rather romantic, two girls in this strange and lonely house. She replied that she saw nothing romantic about being shut up in a crumbling ruin surrounded by a sea of mud’ (4, Virago).

This humour is characteristic throughout the novel.

The past and aspects of nostalgia are clearly at play in both the novels. Both stories are ruled by the power of memory and the past.

But it is not just the evocative landscapes that give these books magical qualities. It is clear that both books have distinctive houses at the heart of the story, and these buildings are characters as much as the people in the stories. The houses live and breathe.

Both these novels took a while to germinate. Du Maurier threw away the first 15,000 words of the original Rebecca, and Smith combed over her manuscript, making sure that every word was absolutely perfect. Both authors had already been published and were beginning to be successful – Smith in theatre, and du Maurier with her novels – the most notable so far being Jamaica Inn, which was published in 1936.

Both novels are set during the 1930s, although this is never explicitly said. The novels retain a timeless, and evoke the past in a nostalgic, captivating way.

And of course, both opening lines of the novels – ‘Last night I dreamt I went to Manderley again’ (Rebecca) and ‘I write this sitting in the kitchen sink’ (I Capture the Castle) are remembered as some of the best opening lines in literature and reproduced on tea towels and postcards, and more.

There are other similarities too. The narrators – the nameless second Mrs de Winter and Cassandra Mortmain are young and innocent, and both portray a naivety throughout the novels. This naivety is gone for both characters by the end of the narratives, showing a change in character and coming of age. For the second Mrs de Winter it’s learning the truth about Rebecca, Maxim, and Manderley and realising that her husband does care for her after all. For Cassandra, it’s the truth about love and life and losing the magic in childish rituals that makes her see things differently by the end.

And of course there’s the ambiguous endings. Both du Maurier and Smith leave us wondering what happened, and it’s left to the reader to decide. Of course, Rebecca opens with the characters already in their own form of exile, looking back at the events that led them there, but we do not learn who started the fire – although we have our suspicions, it is never confirmed.

I Capture the Castle leaves us with the uplifting yet agonising truth from Cassandra – she is in love with Simon, but we do not learn what happens to the characters. The notebook is finished and closed, and the now grown up Cassandra has no need for her diary.

Of course, the authors themselves approached these books with completely different points of view. Smith loved London, while du Maurier despised it. When du Maurier wrote Rebecca, her career was just beginning, whereas I Capture the Castle was written after the pinnacle of Smith’s career.

The subject matter of each novel is essentially different too. Rebecca has that famous haunting, unnerving feeling to it and is ruled by ghosts and secrets. I Capture the Castle is more innocent and childlike – more simply a coming of age story. There are no ghosts or dark secrets.

Manderley is a house in its prime, full with servants and balls. The Mortmain’s castle is falling apart and the family can’t afford to pay the rent to the owners, let alone repair it. They’ve sold all their furniture and have few clothes and towels. It is this that drives Rose, Cassandra’s sister, to look for an advantageous marriage.

As such world famous novels, it’s interesting to consider these two stories side by side. Despite the differences in the stories, it’s clear that there are many similarities between the novels. The fact that both novels were written while in exile, away from England, seems to give both novels a strong sense of nostalgia and longing. The descriptions of the real but fictional locations are detailed and intense. Would either novel have had that same depth or longing if written in situ? It’s hard to know, but I feel that both novels are the richer for it – and evoke strong feelings of nostalgia and longing in readers.